Piaggio India, the Italian automotive brand, infamous for its iconic and elegantly designed scooters, has now launched an updated range of Vespa scooters. No, we're not talking facelifts, but an introduction of a new engine as well. Arriving to Piaggio dealerships in India would be the 2015 Vespa SXL 150 and the VXL 150, a 150cc scooter making a comeback after quite a vacation to India. Besides the 150cc Vespa, Piaggio also launched the 2015 SXL 125 and VXL 125, both being refreshed models of the existing Vespa 125's sold in India. Piaggio held a colorful ceremony yesterday with Alessandro Del Piero, the Italian footballer and former Delhi Dynamos FC team member, who also doubles up as Piaggio Vespa's Global Brand Ambassador, partaking in the launch ceremony, doing his bit by unveiling all the models.

In all, of the four new models launched at the launch event two of the new scooters come with a brand new engine. The new 150cc engine is rated to produce 11.6 PS of power and 11.5 Nm of Torque, figures that stand on par with motorcycles. To add to the safety aspect while putting a new power plant, Piaggio has added meatier tubeless tires, a disc brake in front and newly designed monocoque framed body made of steel. Although it could have been termed merely as a facelift, Piaggio has crept out of its comfort zone and set an example in refreshing their lineup. They've revised the suspension units, redesigned the tail section to give it a more mature finish and the attention to detail has been impeccable, a few chrome inserts raising the style quotient by many levels. 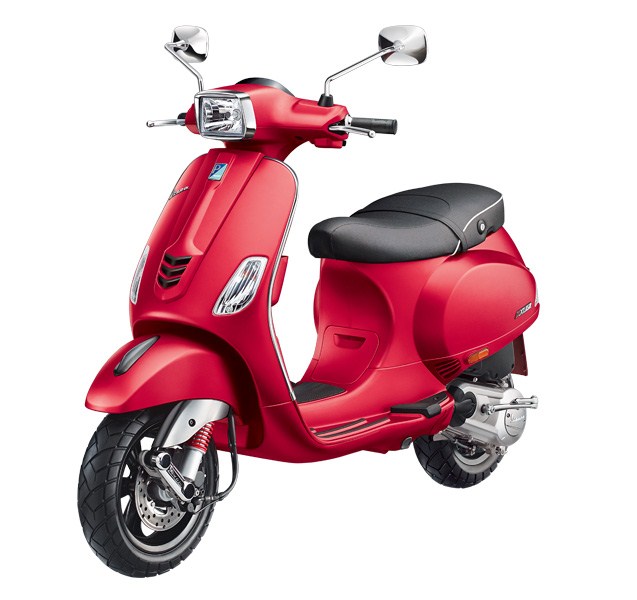 What attracts the eye, however, are the alloy wheels, which come as a standard across all four models. It could be said that the alloy wheels were something that the customers were desperately longing for. Interestingly, the instrument panel now sports a digital unit as well, further adding to the bold design. As for the 125cc, both variants, the SXL and VXL get the same equipment as mentioned earlier, although now the scooters look strikingly attractive, thanks to the new color options and those alloy wheels. It would still continue to use the same engine as before - 125cc, air-cooled, single cylinder unit. As a final note, the Italians have certainly given it all while designing the scooter; the perfect attention to detail and the bold design coupled with the simplistic yet soothing colors certainly makes them the forerunners to the top in this segment.

Now for the price. Luxury and style do come at a good price, but with Piaggio offering a 150cc Vespa in the Indian market, add to that alloy wheels and a design that is unparalleled, it should indeed be worth the investment. The Vespa SXL (150&125) scooters would be made available in five colors - orange, matt black, azure blue, white and matt red. Six new colors have been added for the VXL variant (150&125) - yellow, white, red, matt black, green and maze grey. Piaggio has also decided to sell the scooters with the color schemes that already exists.