India's all time successful and world's biggest two-wheeler manufacturer, Hero MotorCorp has announced that it will be launching two new scooters in the coming months. In the pipeline are the Hero Dash and Hero Dare; the launch would increase the number of product offerings in the scooter segment by Hero to four scooters in total.

Hero is well known in producing the best in commuter focused bikes, and it was only recently that Hero managed to foray into scooter development, which subsequently brought out the Pleasure and Maestro. Pleasure was a hit among the female riders, and the product, reinforced with excellent marketing strategies, added a boost to the female rider population and also gave them a chance to ride along with the largely male dominated Indian roads. Hero has already acquired the trust of the majority in India, but what remains is Hero's commitment towards bringing newer and revolutionary products. The Hero Dash, which had been displayed at the AutoExpo in 2014, is powered by a new 111cc engine, unlike how Hero used to source engines from Honda earlier, producing a modest 8.5 bhp and has been styled elegantly, making it subtly attractive to anyone. Some other features that have been rumored include alloy wheels, exhaust panels and a USB port to charge devices, although, these features would be made available on the top-end trim - VX. 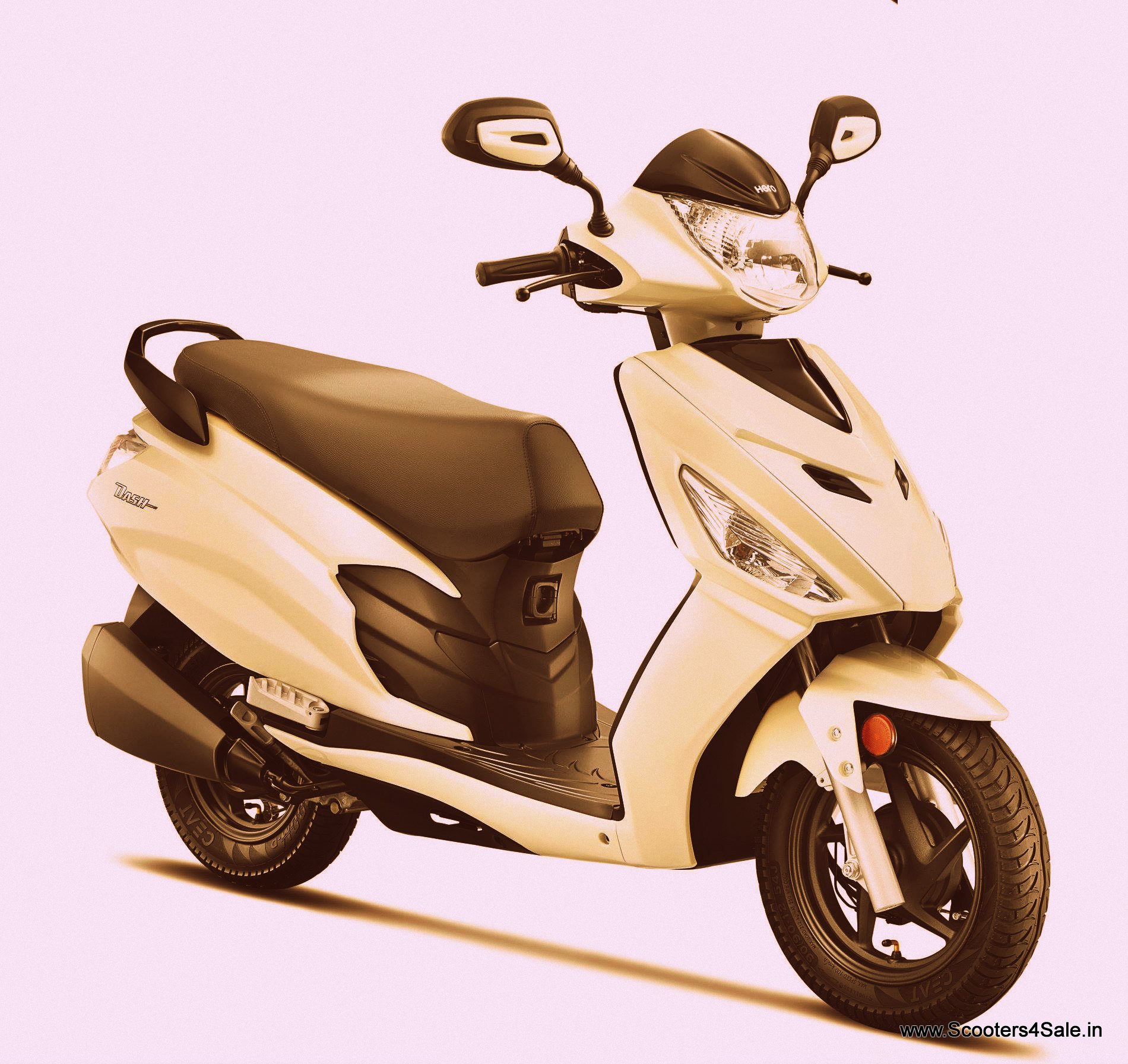 The Hero Dare, on the other hand is a powerful variant to be offered from Hero. Marking its conceptual debut at the AutoExpo in Delhi last year, the Dare gets futuristic styling, alloy wheels, LED Daytime lights and a digital console. The scooter would be powered by a 124. 6cc, forced air cooled engine, churning out 9.38 hp of power and 9.8 Nm of Torque. Hero was generous enough to attach a disc brake at the front of the scooter. All said and done, Hero has still revealed anything based on Hero Dare or what it would be equipped with while on sale. Besides, there are rumors that Hero is planning to rename the scooter as the Maestro Edge. Although none of this can be confirmed for now, it indeed requires no further clarification about the launch of the scooters as the announcement was made by Hero MotorCorp's Senior Vice President and Chief Financial Officer, Ravi Sud himself while speaking to the Press Trust of India. The scooters, without being precise on the names, he said, will be launched in the coming months leading up to the festive season. 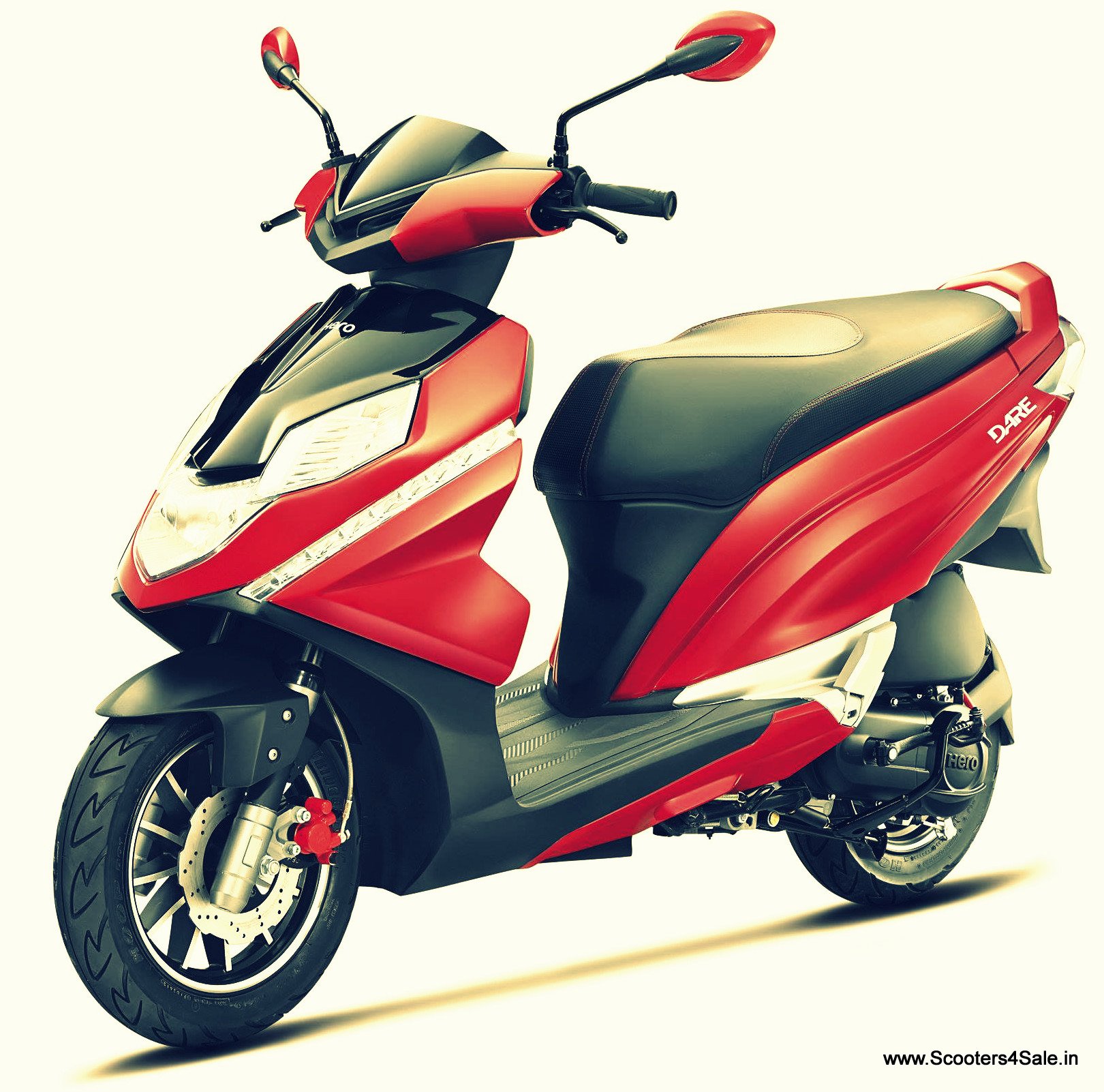 Published by Scooters4Sale in category News
Latest Comments. Share Your Opinion
Hi this is premlata and i am waiting for scooter with front dicky (locked dicky like mahindra duro) and more space at leg step for carrying oil tins and LPG cylinders etc. Hero Dare is lookign cool but i'm not sure about its storrage capacity but even then waiting to see Hero Dare on road.
By Premlata on 19-01-2017
Very good Nick
By Alok Singh on 29-10-2016
Loooks soo good i like it
By Shuhaib Kp on 27-06-2016
Hi I am Zaheer Shaikh Please do let me know when the new scooter launch
By Zaheer Shaikh on 07-02-2016
I like hero scooter so l m waiting for launch...
By Ajmalkt on 07-02-2016
Hallo iam intrested in new Hero scooter pl do infom me
By Ganesh Malewar on 20-01-2016
Iam intrested in new Hero scooter pl call
By Ganesh Malewar on 20-01-2016
I like hero new scooter
By Rohit on 23-10-2015
I'm interested in new hero scooter
By Raman on 08-10-2015
new scooters pl call
By Radha Krishna on 02-10-2015
Hello I'm interested in this scooter pls do inform me wen its launched
By Tarun on 27-09-2015
super
By Vijayakumar on 11-10-2015
Add Your Comment
Trending Scooters!!!