Setting up the base for the country's best selling non gear motorcycle range was one of the biggest dreams of the mega two wheeler manufacturing industry, the Honda. As far as now, almost every flagship non gear two wheelers, which the company has launched, are at the peak of sale and success points. Revealing its all new non gear concept in the Activa series of gear-less two wheeler this year is a narrow move from the company for attaining countless rating for the same. Over a decade of excellence of the Activa series of non gear vehicle, the company has made a major volume of turn over from its range of two wheeler non gear rides. With a huge number of satisfied customers, the company is looking forward to maintain the same level of quality assurance for the customers. 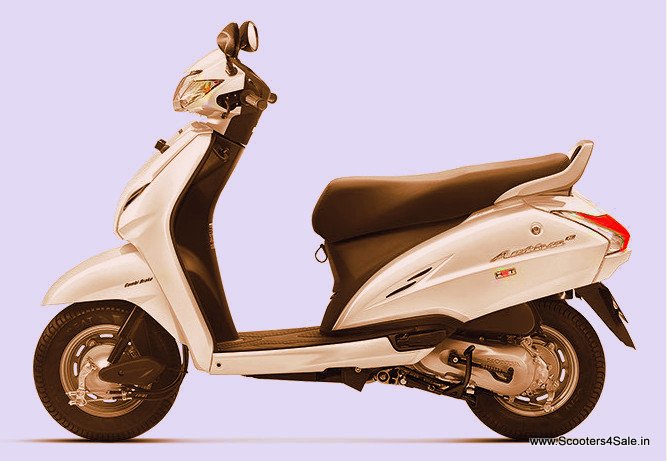 Introducing the all new Activa would be a next best thought Honda had decided. An all new set of design and styling element of the new scooter is one phenomenal reason why the Activa is gaining so much interest from the public. Soon from the official announcement of the vehicle, a pre booking rush was counted in many of the dealerships across India. The similarity that the company tries to maintain in the designing and style of the Activa maintains the self satisfaction and durability of the vehicle. An all new "edgy" design element of the vehicle makes it to own a more distinct character than the older versions. Though the new 3G gets a similar view of that of the Activa 110, it shares some character elements and design components of the 125cc variant too. With a similarity in looks compared to the 110cc variant, the Activa 3G is a refined non gear variant from the company. 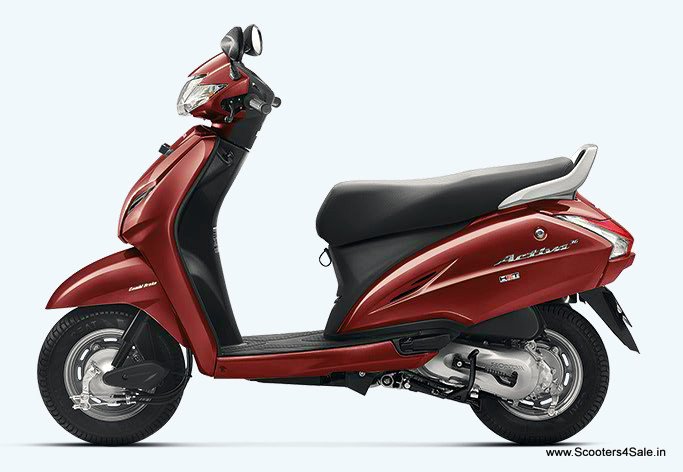 The all new Activa 3G is equipped with a handful of features and equipments. The instrument panel, at the first glance, comes with an analogue panel, showing the riders all require informations including the turn indicator signal, speedometer and fuel meter. The instrument panel of the vehicle provides an explicit look to the overall design of the scooter. A classic touch is maintained in the vehicle with the all new appealing front stance of the scooter. An articulated surface and aerodynamic design of the vehicle makes it a visual treat for the buyers as well as the audience. 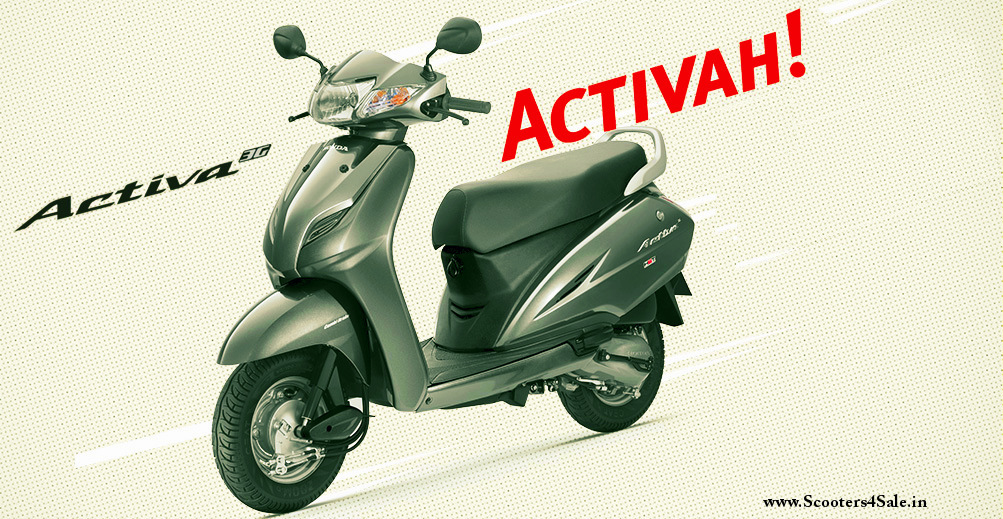 Right from the front, an attractive set of front headlamps makes the vehicle visually hold the aesthetic appeal and grab more attention of the public. The Edgy side panel design with a three dimensional "3G" logo right next to the "Activa" logo is another feature of the vehicle. The Convenient Lift-Up Independent Cover, also known as the CLINC mechanism of the vehicle, helps you to lift up the entire rear section of the body panel which is very helpful during repairs and maintenance. 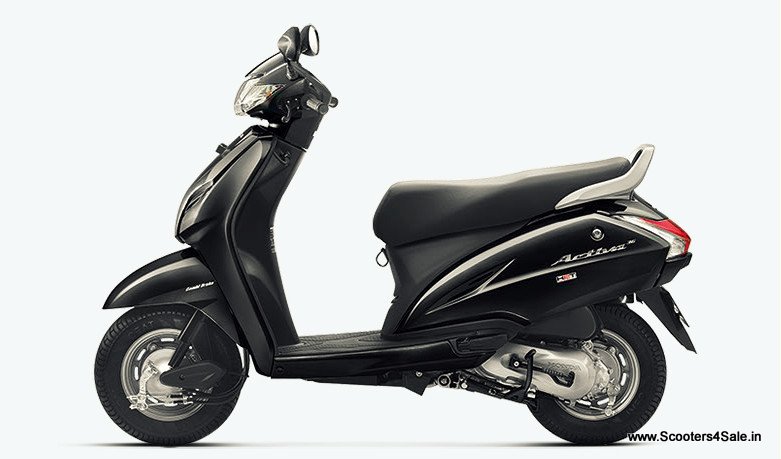 An elegant rear section design of the two wheeler provides a dynamic look for the overall vehicle and acts as a phenomenal feature which distinguishes the vehicle from other in its class. The riding and seating position of the vehicle has also undergone a bit of a change as the seats are set more comfortably. Riding position of the vehicle is more impressive and helps the rider to get a rigid and balanced ride experience by reducing tiredness and fatigue. Honda has managed to offer an 18 ltr boot space for the vehicle, a much larger inner space for a non gear two wheeler motorcycle in this segment. 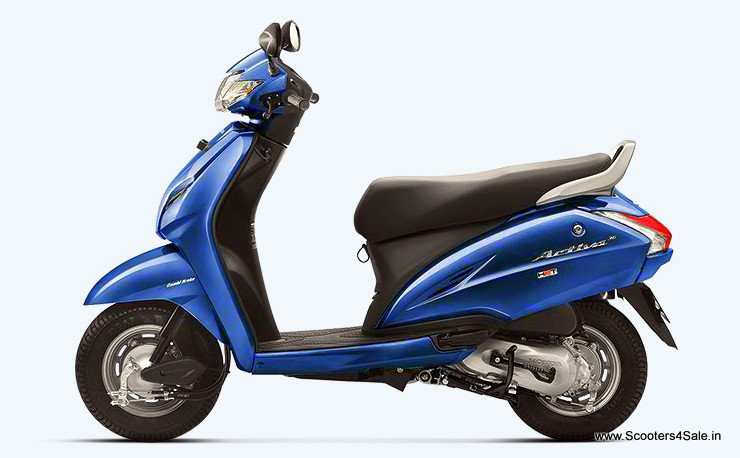 The all new Honda Activa 3G equips all necessary control systems. Starting from the heart of the motor vehicle, the vehicle uses a 4-stroke, air cooled, SI engine which is capable of producing a maximum power output of 5.83 Kw (8bhp) at the rate of 7500 rpm and a net torque of 8.83 Nm at the rate of 5500 rpm. An overall displacement power of the engine is around 109.2cc. Engine of the vehicle is powered with Honda's own HET system. The Honda Eco Technology helps the engine to consume a very low volume of fuel and helps to increase the overall fuel efficiency of the scooter. A minimum of 60kmpl of mileage is assure by the company for the all new Honda Activa 3G and the total fuel tank space is around 5.3L. Control system of the vehicle includes a V-Matic transmission system. The fully automatic transmission system of the scooter helps the riders to rave the vehicle quickly to gain an overall maximum speed of 82kmph. 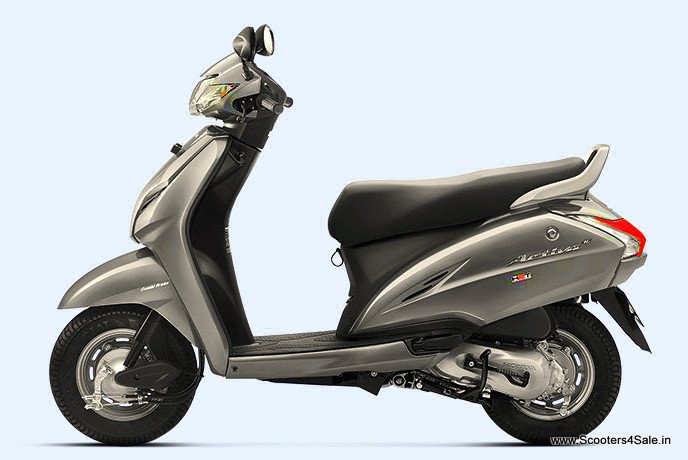 The all new Activa 3G is moulded on top of an Under Bone type of frame which helps the vehicle to hold the engine and other control systems, tight close within it. A front and rear Spring loaded hydraulic type suspension system enable a stable and balanced ride to the passengers. Braking system features a CBS system as standard option for the rear wheels assisted with a 130mm drum brake callipers in the front and rear respectively. The Activa is installed with a front and rear ten inch tubeless tyres to assure a rigid hold on to the ground while at high speed and performance level. 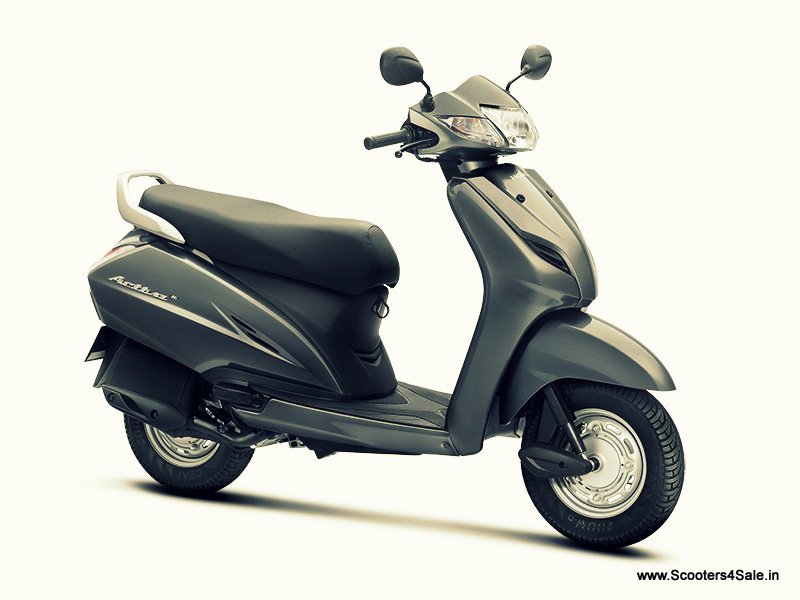 Price of the all new Honda Activa 3G in India starts from an ex-showroom price of the following in different areas of the country:

Published by Scooters4Sale in category Reviews
Latest Comments. Share Your Opinion
I like it .... how much rate will be
By Vinod Prasad Gupta on 14-06-2018
Not good,,I was purchased a vehicle before 6 months,,vechile fully compliant,,,customer care service and service centres serivice are very bad
By Rijo Thomas on 16-06-2017
i like it
By Bharath Bunny on 18-03-2016
How much rate will be
By Gunishetty Anilk Kumar on 26-09-2015
Very nice bike really now I get 64km speed
By Karthik on 16-09-2015
Honda my best scootar
By Vishnu Kumar Vaishnav on 19-08-2015
I want to buy Active 3G but in exchange offer. I have LML NV scooter. If there is an exchange offer kindly let me know otherwise ignore this request.