Honda began its new automotive year with the launch of fifteen new models on its much anticipated launch ceremony held on 4th February 2015, of which there were seven brand new models and eight facelift models. But what became the star of the ceremony was the new Honda Activa 3G.

Priced at just above Rs 48,500, the latest avatar of the Activa, is better mentioned as its third generation model symbolized by the 3G tag added to its name. The new Activa is one among the eight facelift models launched by Honda. And speaking of facelift models, it becomes quite obvious that the new Activa gets a major share of cosmetic updates, rather than its mechanical modifications. 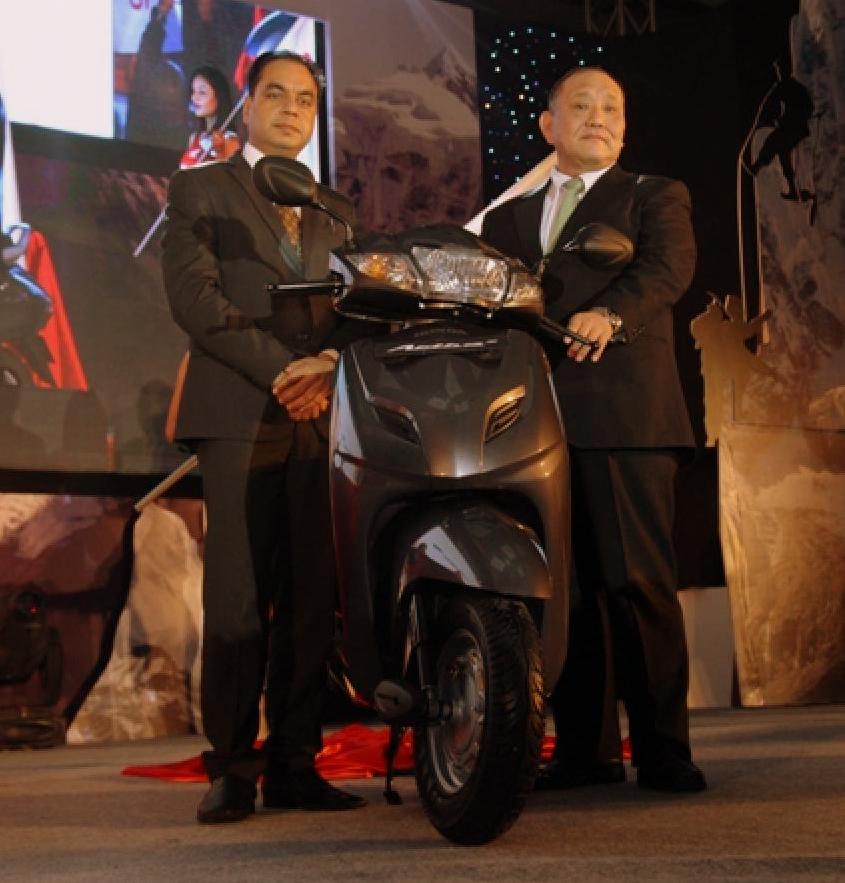 The Honda Activa, which has become one of the iconic scooters in India since its initial launch in 2001, gets a new 3D chrome-finished badge on the full-metal body of the 3G model, rather than the usual sticker that came along with the previous Activa. It has got an updated snout with new styling features such as a sleek engine cover and a bigger tail lamp, which resembles that of the Activa 125.

Moving on to the middle portion of this scooter, it seems as if Honda chose to remain on the safer side with making much alterations to this section. The instrument console doesn't look any different from the previous versions, but the seat appears to be a tad longer and wider offering a comfortable sitting position . The under-seat storage capacity of the Activa 3G is sufficient enough to keep your helmet and a couple of other articles, while there is sufficient foot-space to keep your grocery bags as well. Along with these, the new 3G also features a Combined Braking System (CBS), tubeless tyres and a key-lock shutter, which have been present on the previous versions of the Activa as well.

Taking a glance on the Activa 3G's mechanical side, it features the same 110cc single-cylinder petrol engine which is expected to vent out a maximum power of 8PS at 7500rpm delivering a maximum torque of 8.74Nm at 5500rpm. It has no major changes in the engine specification. The biggest advantage of Honda has always been its engine performance, which has made it popular over the years. The Activa 3G is expected to achieve a top speed of 86kmph. While mentioning about its fuel economy, the engine continues to feature Honda Eco Technology (HET) system along with a CVT transmission, which is expected to give a fuel efficiency of 60kmpl.

What disappoints the Honda fans is that the new Activa 3G doesn't offer the telescopic front suspension. Probably, this feature might have been removed from its design to avoid the possible hike in the Activa 3G's price.

Besides the usual colours like Black (solid colour), Geny Grey Metallic and Pearl Amazing White, that Honda offers on the Activa series, this version gets a shot of trendier shades such as Trance Blue Metallic and Lusty Red Metallic, which would be a definite stand out amongst the usual lot, and is intended to attract the youth as well. On the whole, with the birth of the new Activa 3G, Honda is all set to prove that it is an unbeatable brand in the scooter market once again.