Mahindra is one of the progressing two-wheeler makers in India. It's a fact that the firm hasn't given anything cool except the Centuro, which is doing exceptionally very well in the market. The Flyte is nothing but tells the same story of the rest of the scooters in the Mahindra line-up. The Flyte was intially manufactured by Kinetic Motor Company. When Mahindra acquired the whole business of Kinetic, the Flyte was re-branded under Mahindra's name. Now let's check out how special the Flyte is.

Looks
The Flyte looks extremely cool. Just like a scooter that is made for female riders. Its moped front end is the major stuff that attracts anyone to buy one. Of course, it owns a cute body shape. The graphics and paint works are cool as well. The dual-tone shade of the scooter along with blacked plastic kits and body-coloured rear view mirrors make the scooter a freaky bi-wheeler for lady riders. The Flyte is available in 5 attractive colours - Red Oomph, Lavender Groove, Jade Charisma, Black Mystique, and Silver Flash. 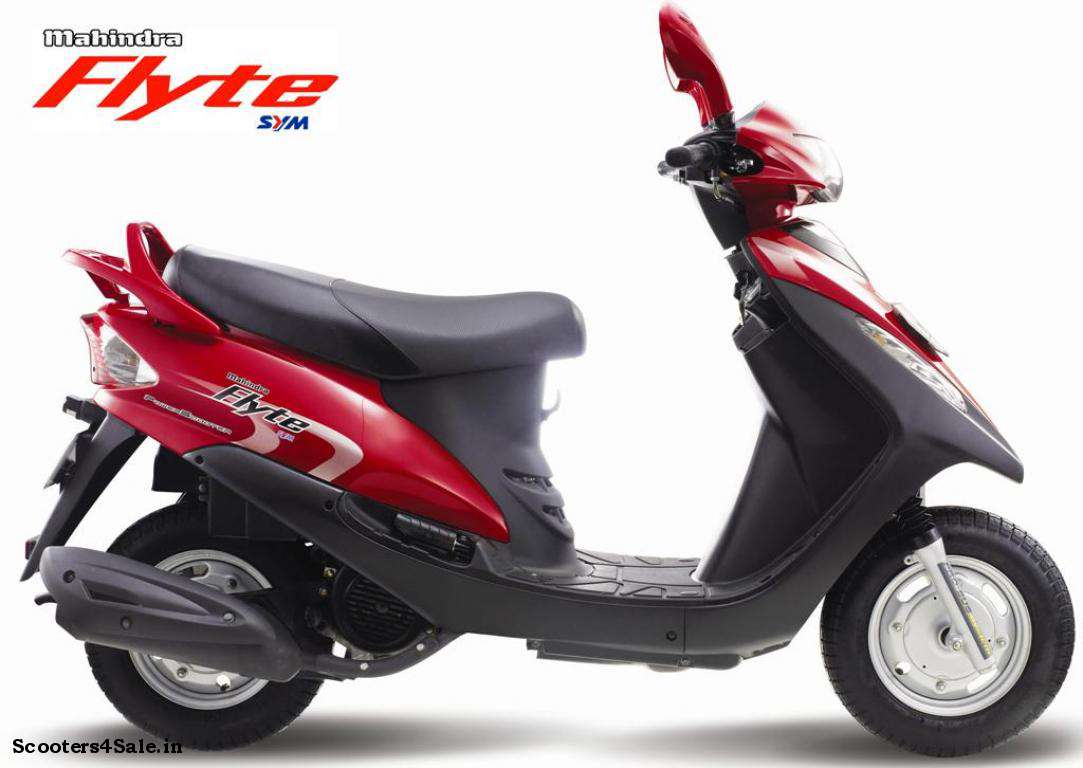 Engine, and Performance
Never underestimate the scooter for it has only a small body. Regardless the body, the Flyte is powered by a very powerful 124.6cc heart delivering a tremendous power of 8.0 bhp @ 7000 rpm and a stunning torque of 9.0 nm @ 5500 rpm. Under the hood it is mated with an automatic transmission. Impressively, the scooter clock a top speed of 80 kph. 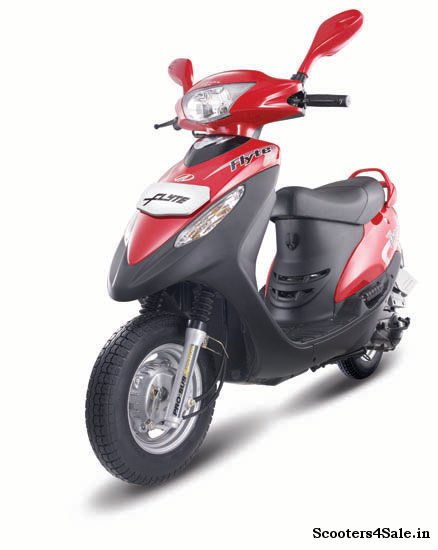 Front Fueling
Now just keep sitting even after reaching fuel stations. You have the refueling in the front.

4-in-1 anti-theft key
Just with a single key - 'Start it, open its fuel lock, lock its handle, and keep it safe'. That's it. Now you go for better scootering.

Under Seat Storage
You can keep many of your stuffs right under the seat. Helmet, books, gloves, wallets, and documents are well safe here.

Horn-rimmed Headlamps
It ensures brighter light even in the darkest time. Now you can take your Flyte wherever you want, be it a day or night. 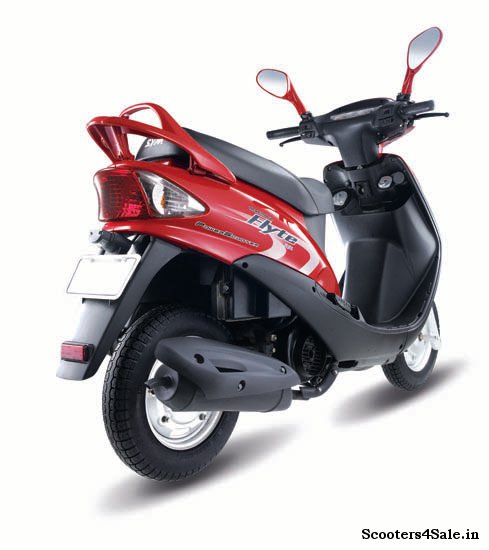 Ergonomics and Riding Comfy
One of the definite ones to escape city traffic jams. The Flyte is simple marvelous providing great power in the right hand, the scooter makes everyone to love back, especially in cities. The longer seat, handle bar, foot board, and switches are simply accessible to any rider, which makes driving the Flyte so pleasurable. And mated with telescopic front suspension and hydraulic rear suspension, the Flyte assures a better journey. 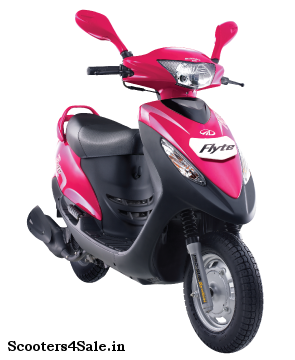 Mileage
You can expect a mileage figure that comes around 45 kmpl, which is not at all a bad for a 125cc powered scooter. 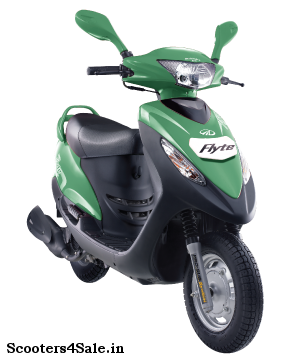 Verdict
The Flyte has definitely many positive bullets in hand. But, the thing is that the brand value. None is ready to accept a new comer. Mahindra is a kid in the two-wheeler market. But remember that the Flyte was carried forward from Kinetic only. Above all, poor promotion from Mahindra makes none to aware about the product. If Mahindra promotes the Flyte in the right manner, I'm damn sure that the Flyte will be another success from Mahindra Two wheelers.
Written by Jose Gonsalo Garshya.
Last updated on 27-01-2019. Published on 23-12-2013.