Honda Becomes The First Member At The One Crore Club

Honda Motorcycle & Scooters India Pvt. Ltd has a special place in the Indian automotive market, especially with its impeccably user-friendly scooters and quality rich motorcycles, that too at an affordable price for almost anyone. What set apart Honda in India was its diversity and the ability to reach out to the customer, not only in terms of the products offered but also in regard to the quality of services offered by the Japanese company. Almost 14 years later after the launch of the successful and an almost common member in a household, the Honda Activa has become the only scooter in India to cross the "one crore units sold" mark. 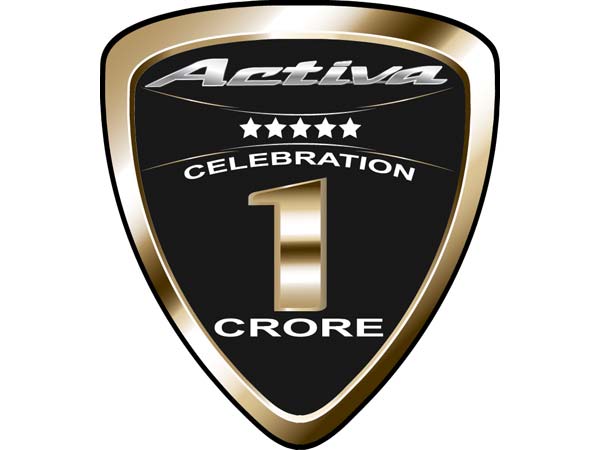 The Honda Activa was first launched in India way back in 2001. Since then, the scooter has won the hearts of the masses here, and is still keeping at it. After the split from Hero Motorcorp, its former partner in India, Honda took a brief break and sat down to contemplate on how to re-enter into the Indian market. A scooter was the answer - the Activa. Using an 110cc state-of-the-art Honda engine, it produced 8 PS of power and almost 9 Nm of Torque. Customers were delighted about having one as the scooter offered effortless riding, great handling especially for city traffic, and above all, what mattered most, was the mileage figure - 60km/l. It isn't hard to note that a scooter offering 60km per litre was a gift from the heavens at the time it was launched; there were no vehicles that could provide such numbers to a country that is excessively obsessed about mileage. At a price bracket of Rs 46,000 - Rs 49,000, the Activa was affordable by all standards. Currently, Honda sells the Activa in three different variants which include the Activa 125 - equipped with a 125cc engine, alloy wheels and distinct styling upgrades; The Activa i - a new generation Honda Activa, complete with new styling elements, minor design tweaks, and it gets an HET (Honda Eco Technology) engine; Activa 3G - the third generation Activa, aptly redesigned and featuring subtle changes from the first generation of Activa's.

Over the years, the Activa has been receiving stiff competition from the many manufacturers based in India, however, the scooter, with the help of Honda's reliability and brand image, has managed to hold off the others and still emerge as the leader of the pack. As evidence to this, the Activa managed to be the highest selling two-wheeler product (it even beats motorcycles) for two consecutive months (June 2015 - July 2015).
Written by Harikumar Varma.
Last updated on 27-01-2019. Published on 19-08-2015.