In a first of its kind, a Swiss scooter manufacturer - Quadro, has come with a state-of-the-art four wheeled scooter that uses tilt technology to manoeuvre itself wherever it goes. 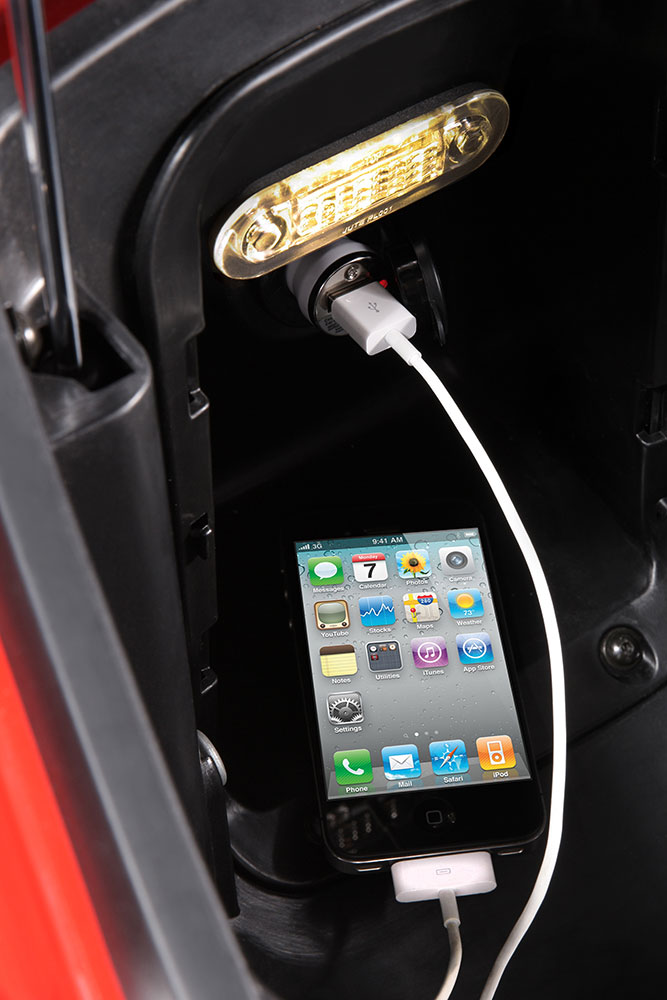 While it certainly isn't big news concerning scooters, as we are already pretty much accustomed to 3-wheeled scooters, a 4-wheeled scooter is a world-first and it surely has triggered my curiosity. Simply known as the Quadro4, the scooter made its first appearance at the EICMA 2014 held at Milan. Terming this to be a simple scooter would more of an understatement but this is purely a work of art in tune with sophisticated engineering. The scooter changes directions with the dual Hydraulic Tilting System (HTS), which includes independent suspension i.e each wheel gets its own shock absorber or to put it in plain English, each wheel is free to bounce however it wants without upsetting anything else. The scooter is equipped with a mighty 346cc engine, the power from this is transferred to the wheels via an automatic transmission and makes use of a dual belt drive to spin the wheels. Safety has not taken a backseat while designing this scooter of the future; a combined braking system (CBS) for all the four wheels, further enriched by 240mm disc brakes on all fours - the combined effect of all four wheels braking at the same time ensures lower risk of dynamic instability. 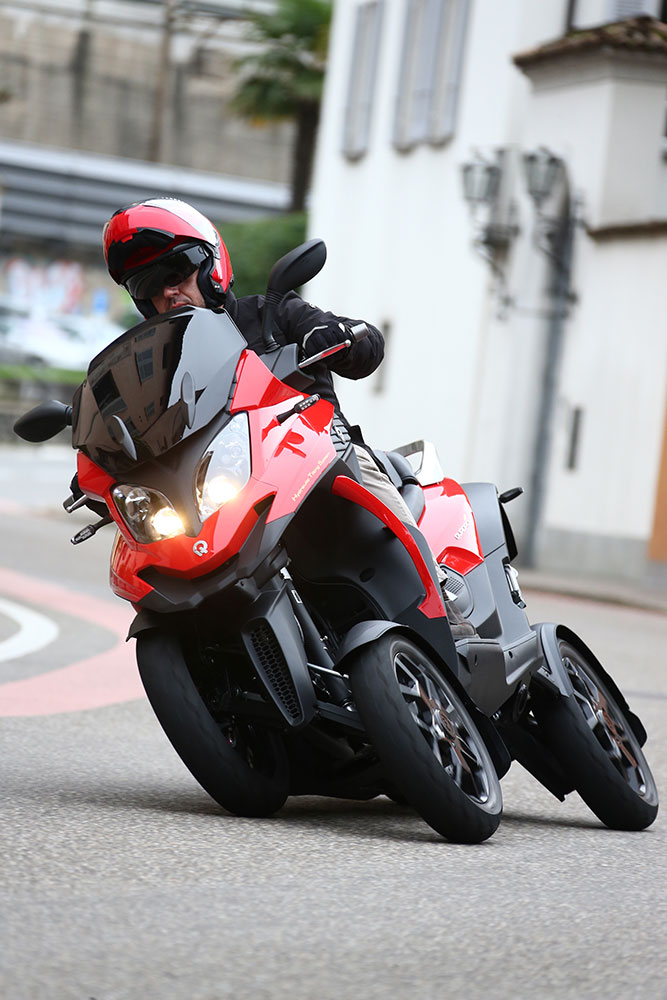 An electronic integrated differential makes sure that all four wheels run at a speed that provides better traction, which is especially useful while handling tight corners. The engine that powers the Quadro4 is a single-cylinder, 4-stroke, liquid cooled, 346cc engine that uses fuel-injection. Max power is rated at 30 hp @ 7500 RPM and Torque at 24.5 Nm @ 5000 RPM. The whole machine weighs a massive 257 kg, which has a lot to do with all the suspension and four wheels that's part of the package. The company has designed the exhaust unit to run down the chassis and ends between the two rear wheels, enabling better cornering ability. The company claims that the Quadro4 could bank at a 45 degree angle without the risk of scraping the body or endangering the rider to fall off. The Swiss company that already manufactures such scooters based on the tilt technology makes use of effectively displacing the centre of gravity to make the scooter move around but not having to invest in setting the scooter straight back again as the design of the scooter itself would automatically set the scooter straight. 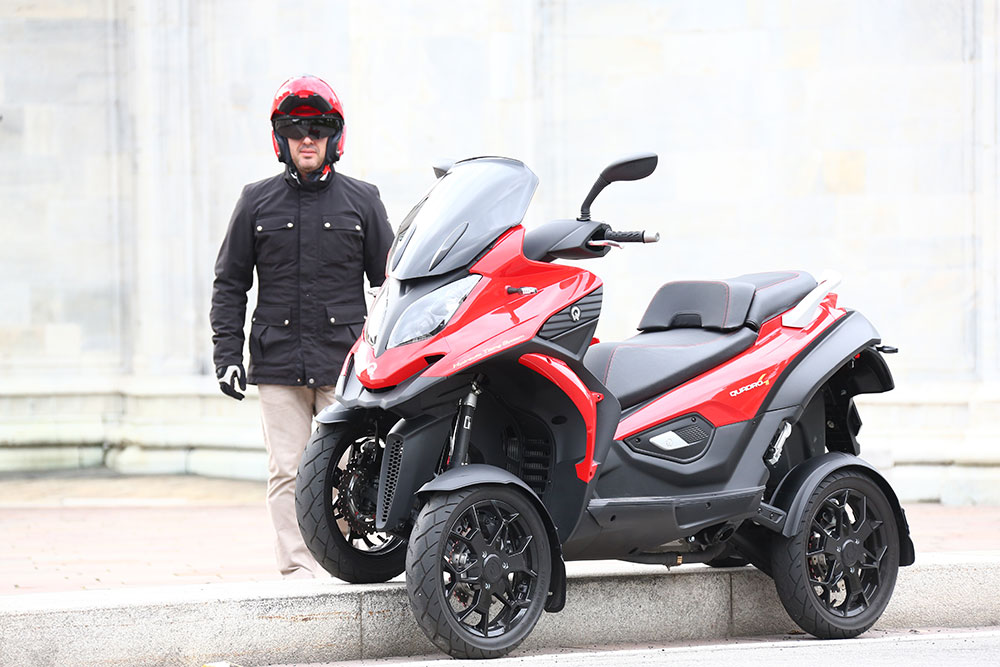 As a scooter, it comes complete with ample storage space located under the seat. Outlets have been provided on the scooter to plug in media/smartphone devices. The exterior styling of the 'quad-scooter' has a sporty yet edgy finish to it. The front fascia looks particularly sporty and is equipped with a sporty looking headlamp cluster. The scooter would be available in three colors - Swiss Red, Titanium Grey and Raw Black. However, there are no still details of when it will be launched and where it will be made available. Pricing for the scooter is also yet to be known. 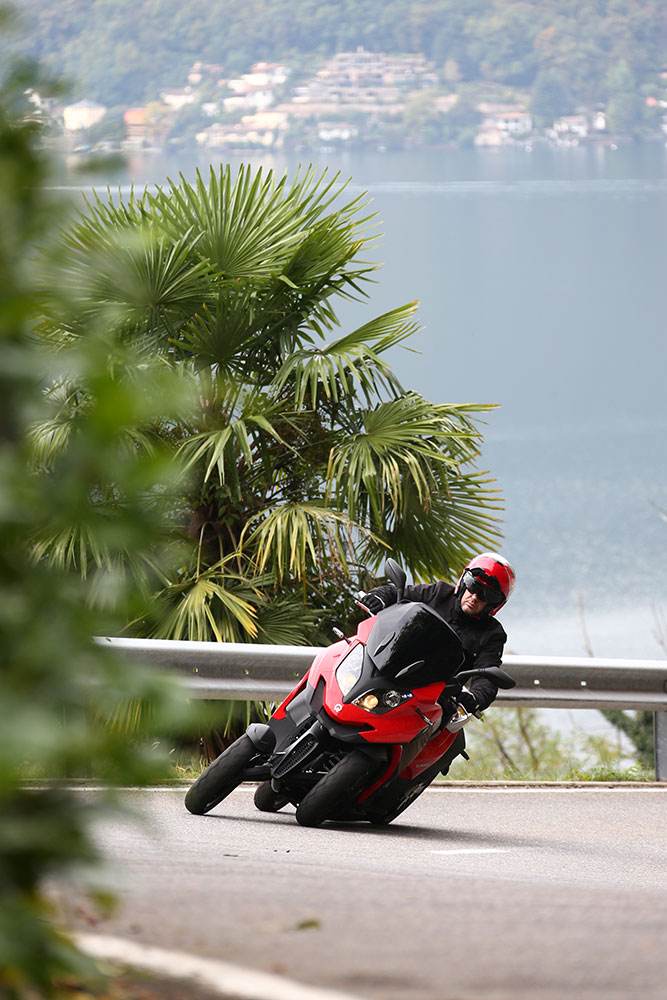 Published by Scooters4Sale in category News
Latest Comments. Share Your Opinion
I would like to buy this bike, how much is it I live in the USA please contact me C_AVONIEREED@YAHOO.COM
By Cee on 29-07-2020
Want to buy this impressive 4 wheeles bike..... Plz give d launch date vanue and price details when avail..... Mbl 9101024445
By Prakash Kalita on 14-02-2020
Dear sir,
I am from physically handicapped category I want to buy this bicycle 4 wheeled. I am from India how I buy and how much it's price
Kindly contact me I needed this product