Honda Vario 125 May Be Launched in India

Honda brings in the Vario 125 for R&D purposes

With the scooter segment growing fast and rapidly in India, the competition within the segment is increasing day by day. The leader of this segment Honda, has even took to building the largest production facility for scooters in the world, in the country. After the unbeatable success and fame that the Honda Activa 3G has been receiving, the manufacturer seems to be all the more confident of bringing in a new 125 cc scooter to add on to the competition. The new Honda Vario 125. 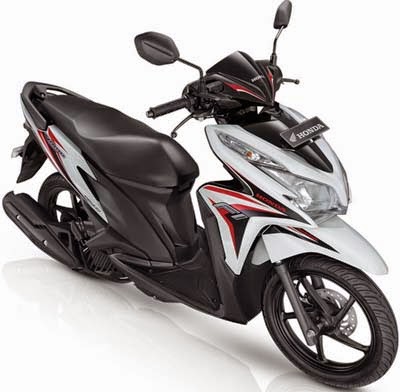 The Honda Vario 125, which has been launched internationally, had been recently spotted on the Indian roads, which was thought as a pre-production test ride by the company. But later on, the manufacturer revealed that the scooter has been brought to India for research and development purposes. Though the company has not yet given out any revelations about a possible launch for the Vario 125 in India, hopefully this new beauty would be manufactured for the Indian two-wheeler market soon. 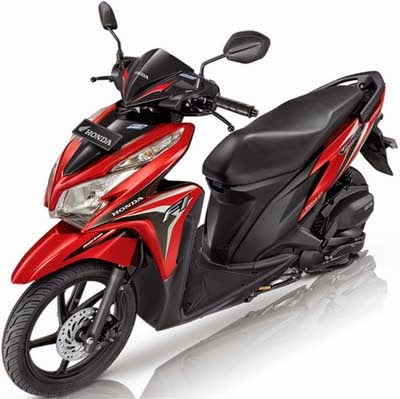 The Vario 125 gets a 124.8 cc single-cylinder, air-cooled, fuel-injection engine, mated to a CVT gearbox, which is capable of churning out a maximum power of 11.3 bhp and a peak torque of 10.8 Nm. What makes this new scooter from the manufacturer special is that it gets the idling stop system which temporarily shuts the engine down in order to reduce the possible fuel wastage. This news comes as a boon to those two-wheelers riders living in cities clogged with too much of traffic. The Vario is the first in the scooter segment to get this technology from the manufacturer, though the Splendor iSmart bike has received this feature earlier. The scooter also gets a Combi Braking System (CBS), which adds to the easy handling and added performance of the vehicle. The manufacturer claims that the Vario 125 can hit a maximum speed of up to 96 kmph, with a mileage of around 59.5 kmpl.

With respect to the designs of the scooter, the Vario gets an edgy design with a couple of sharp lines on the body. The angular frame also requires some level of appreciation as it provides the rider to ride across the roads in a very comfortable position. The dimensional figures of this scooter stand at 1921 mm in length, 683 mm in width and 1096 mm in height. The Vario 125 gets a kerb weight of 109 kg along with a ground clearance of 135 mm. 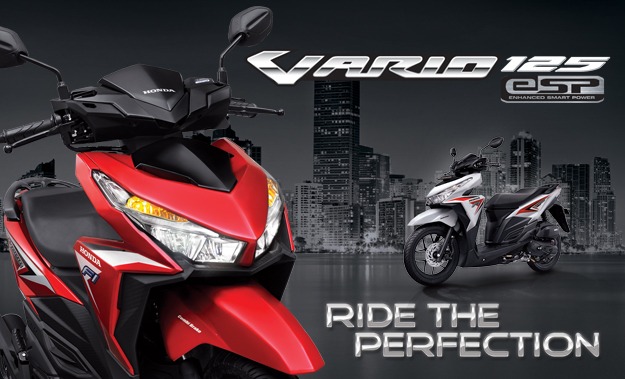 If at all the Japanese manufacturer Honda actually brings in the Honda Vario 125 into the Indian scooter segment, owing to the extra features offered on this scooter, it would definitely be priced at a higher level when compared to the Honda Activa 3G. The scooter comes in a good deal of colour options internationally, namely, Bionic Red, Futura Brown, Nitro Blue, Razor White, Vigor Black, Glazy White Red, Lunar Red, White Sonic Blue, Swift White Silver and Titanium Black.
Written by Harikumar Varma.
Last updated on 27-01-2019. Published on 23-03-2015.

Published by Scooters4Sale in category News
Latest Comments. Share Your Opinion
Hi,
Waiting for the availability in Mumbai market.
By Shashin Vardhave on 26-10-2022
Sir jab lunch hi nahi karna tha tho emge dikahta kiyo hai Honda October December me koi new scooter lunch karega Honda please answer sir 2021 thank you sir
By Raj Kumar Yadav on 14-10-2021
Sir ye kab tak india me lunch hugi ishke price kya hoga
By Shiva Sharma on 01-02-2020
Models like vario & iclick are smartest Honda scooters available world wide but they will not launch in India because they want to make as much profit as they can from Activa by relaunching series under G. They are fooling Indian consumer.Ntorq is much better than Honda scooter in terms of sporty look & very soon it will eat away the market share if Honda
By Ati on 12-11-2019
India me kab launch ho rhi h.
By Tushar on 18-10-2019
Plzz sir plzz sir urgently u lunched the bike in andha Pradesh full of sale please request sir
I'm also on waiting sir
By Kushwanth Arugula on 18-09-2019
Waiting 4 this new amazing beast...😍😍
By Aakash Sinha on 30-07-2019
I want buy
By Ajithkumar Kerala on 13-05-2019
Honda vario good look I like it launching date
By Laxman on 26-10-2018
Honda vario good look I like it
By Laxman on 26-10-2018
this scooter india lounch date pl .im waiting this scooty any information
By Sovan Midys on 15-07-2018
Where I Will buy? Now booking
By Murugan on 15-02-2017
I'm liking the Honda vario 125
By Munna on 04-10-2016
That's a sexy bike
By Devil Aziz on 04-04-2017
Add Your Comment
Trending Scooters!!!