All that you need to know about UM Global's Powermax

POWERMAX. From the name itself it is very evident that the manufacturer UM Global has designed a scooter to ace the segment and give out its maximum power in order to contend with other models in the two-wheeler segment.

The manufacturer focuses on building two-wheelers with a class beyond innovation, sporting unique designs, at rates fitting the budget of the common man.

The Powermax is one such scooter that goes by the norms of the manufacturers at UM Global. It is a perfect example where one can see technology and performance blending in pretty well with economy. 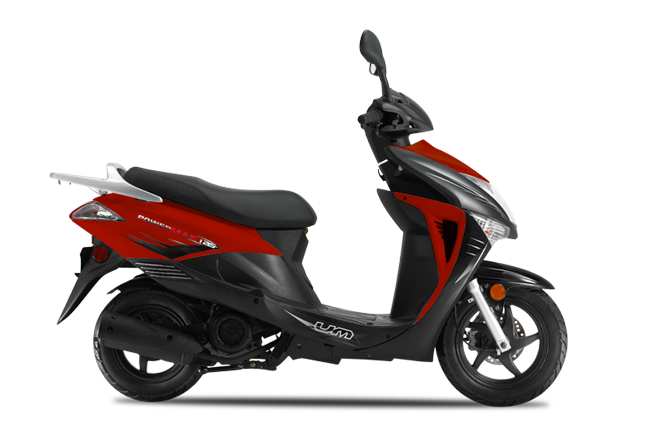 The scooter comes in with two engine displacement choices which include the 125 cc engine and the 150 cc scooter. One glance at this scooter, and the first thing that would come into your mind is the Honda Dio. The Powermax sports a similar design which looks much like and upgraded version of the Dio.

The scooter is designed and built in a comfortable ergonomic design that provides ample legroom, features a front lamp with powerful beam and directional front fairing perfectly integrated to play with the stylish design of the motorcycle. Moreover, the smooth angular design that the scooter gets adds to the premium looks of the Powermax series of scooters, thus making it very much different from those scooters in the same segment. Besides these features, the scooter also gets a characteristic rugged grille and large trunk under the seat. Also, it gets a USB charging port that helps you to charge your mobile phones and other devices on the go, thus saving your valuable times without worrying about the charge on your mobile phones draining off. The exterior graphics are simply superb and would surely make you fall in love with this scooter at the first sight itself. 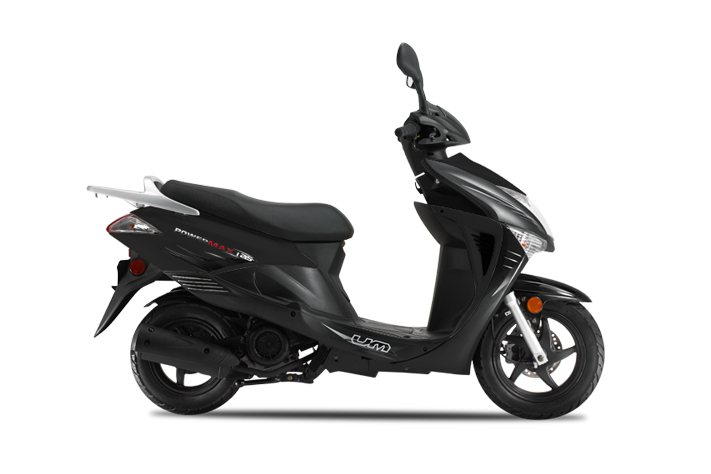 On the mechanical front, this scooter gets two engine options, which as mentioned earlier, is the 125 cc engine and the 150 cc engine, both of which constitute a single cylinder, 4-stroke, SOHC engine with minor upgrades on the displacement values. The scooter is expected to attain a maximum power of 5.2 kW at 7000 rpm in the 125 cc model and around 9.2 kW at 7500 rpm in the 150 cc variant of the Powermax scooters.

The scooters come with both electric and kick start options, and get an automatic transmission so as to attain a maximum speed of around 80 kmph. To ensure greater agility for the scooters, the manufacturers have added on to the Powermax series of scooters a Hydraulic, Telescopic Front suspension and a Single Hydrauli Shock rear suspension. The braking system included in the Powermax series consists of a front disc brake and a rear drum brake. The scooter gets a ground clearance of 110 mm, a wheelbase dimension of 1280 mm and features a fuel tank with a fuel capacity of 6.05 litre, which makes this scooter worth all that money you spend at the counter. In short, the Powermax scooter is your perfect urban companion.

The motorcycle brand which is based in the US, is known for its bikes and scooters which are very much affordable in prices. Their products are exported to over 20 countries which come under Latin America, Africa and Asia. The brand has also developed a subsidiary in India too.